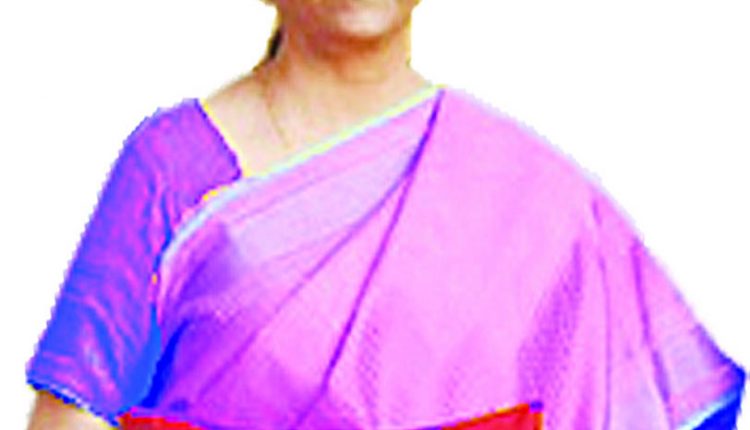 New Delhi, Jan 31 (FN Agency) Finance and Corporate Affairs Minister Nirmala Sitharaman will present the Union Budget for the financial year 2021-22 in Parliament on Monday that is expected to focus on reviving the sagging economy and boosting consumption amid the global COVID-19 pandemic. The finance minister has herself raised expectation as she last month at a CII event said that the Budget ‘21 will “be like never before” “and that “100 years of India wouldn’t have seen a budget being made post-pandemic like this.” The ruling Bharatiya Janata Party said the Budget this year will be a game-changer and usher in a new era of growth in the country. “Good economics is good politics has been the motto of the Narendra Modi government.

Working with the same theme, the Union Budget 2021 will be a game-changer,” said Gopal Agarwal, BJP economic cell head. On Friday, Prime Minister Narendra Modi said the Budget will be like last year’s “mini budgets” that his government announced to help revive sectors adversely affected by the pandemic. He was referring to the Rs 20 lakh crore stimulus package that was announced in five tranches in May as part of the Atmanirbhar Bharat Abhiyan. The country has been faced with a very difficult situation because of the pandemic and the continuing border standoff with China. The gross domestic product contracted by 23.9 per cent in the first quarter of the financial year. The Economic Survey released just ahead of the Budget said the economy would contract 7.7 per cent this fiscal. The Survey, however, spoke about a V-shaped recovery and the economy would log 11 per cent growth in fiscal 2021-22. The nation-wide roll-out of Covid vaccination campaign in the meantime looked to have encouraged the government. And expectations are that the government will focus on economic revival and employment generation. Sitharaman also said the Budget would see a massive public sector investment and expenditure push, such as on infrastructure projects and the healthcare sector. The Survey has suggested improving the public healthcare infrastructure and raising health expenditure to 2.5-3 per cent of the GDP from current 1 per cent.

The other sectors where focus would be on are the MSMEs, agriculture and rural economy which is the only silver lining in the current gloomy conditions as manufacturing and services sectors came to a virtual halt. The agriculture and allied sectors is registering a 3.4 per cent gowth this year, according to the Survey. On Sunday, Prime Minister Modi said his government is committed to modernising the sector. “The government is committed to modernising agriculture and also taking many steps in this direction. The government’s efforts will continue in the future as well,” Modi said in course of the 73rd episode of his Mann Ki Baat. The Modi government’s priority has been to double the income of farmers by 2022 and provide basic facilities in rural and neglected areas of the country.

Research is a very important component in evidence-based policy making