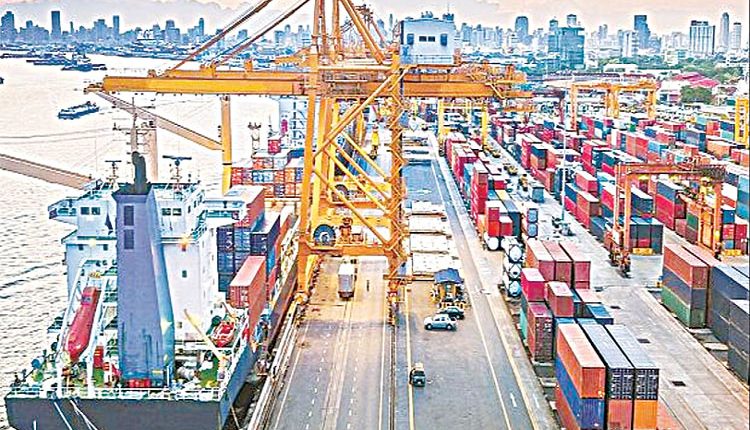 New Delhi, Mar 10 (FN Bureau) The country’s exports are steadily recovering and it is expected to record a healthy growth rate in March, a top government official said on Wednesday. Commerce Secretary Anup Wadhawan said the country’s merchandise exports were impacted on account of the COVID pandemic. ‘But since then, there is a steady cumulative recovery. Our exports turned positive in September 2020. After September, there was borderline negative (growth) for a few months, then in January 2021, it was positive again.

‘February was more or less even and now March is again promising to be significantly positive,’ he said in a webinar. He added that India’s exports borne the shock well and it has recovered quickly from the pandemic. India’s exports marginally declined 0.25 per cent to USD 27.67 billion in February while imports grew by 6.98 per cent to USD 40.55 billion during the month. The official trade data for March will be released in April.

He also said there is a need to recover in areas like gems and jewellery and petroleum and there is a ‘need to sustain the gains in areas like pharma, and food products’. About trade agreements, he said that India has implemented 10 free trade pacts and six preferential trade agreement. ‘We have FTAs (free trade agreement) with major economic powers’ including with Japan, Korea and ASEAN, he said adding ‘we have not done badly in FTA and we are serious about growing this space,’ the secretary added. Further, he said that India is emerging as a major investment destination hub in the world and the government is taking steps in that direction. Wadhwan said that huge investment opportunities are there in the services sector like finance, and insurance.

Security ties with India a ‘strategic imperative’: US