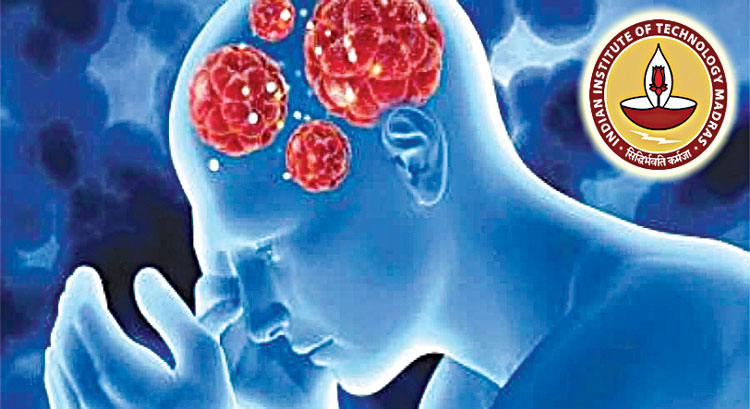 Parkinson’s disease is a brain disorder that leads to shaking, stiffness, and difficulty with walking, balance, and coordination. Parkinson’s symptoms usually begin gradually and get worse over time. As the disease progresses, people may have difficulty walking and talking. A disorder of the central nervous system that affects movement, often including tremors. Medication can help control the symptoms of Parkinson’s.

Chennai, Mar 11 (FN Representative) Researchers at the Indian Institute of Technology-Madras (IIT-M) have found that energy deficiency in certain cells in the human brain was a major cause for Parkinson’s Disease (PD), a neurodegenerative disorder. This research could lead to scientists and other stakeholders focusing on improving the efficiency of energy delivery to these cells, which might finally lead to a cure for PD. PD is the second most prominent neurodegenerative disease around the world after Alzheimer’s disease.

More than 200 years after it was first described by Dr James Parkinson as “shaking palsy,” the world is still searching for a cure and currently, the medical community is mostly focused only on the management of the disease. The innovative methodology and novel findings of this IIT-M research will go a long way forward in understanding the pathophysiology of PD. A IIT-M release today said although it is known that PD was caused by the loss of dopaminergic cells in substantia nigra pars compacta (SNc), the decisive cause of this inexorable cell loss has not clearly been elucidated before. The IIT-M researchers developed a computational model that showed that energy deficiency might be a major cause of SNc cell loss in PD. This computational modelling was developed by Dr Vignayanandam Ravindernath Muddapu, who recently completed his Ph.D. at IIT-M under the guidance of Prof V. Srinivasa Chakravarthy, Department of Biotechnology.

Prof Srinivasa Chakravarthy said “while existing treatments manage PD symptoms–sometimes with great effect–a cure demands an understanding of the root cause of SNc cell loss. This is the main question addressed in our work: What is the major underlying cause of SNc cell loss in PD?” It is quite remarkable that loss of neurons in a small nucleus like SNc can have wide-ranging, devastating effects in all the four major domains of brain function–sensory-motor, cognitive, affective and autonomous. The sequence of the three computational studies suggests that metabolic deficiency within the basal ganglia circuit is the common underlying factor at the subcellular, cellular, and network level in PD. Thus, we have a reasonably comprehensive theory of the pathogenesis of Parkinson’s disease, he said.