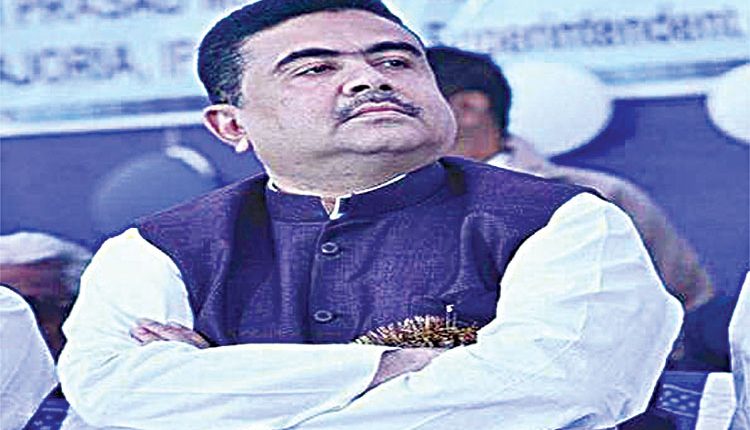 New Delhi, Dec 15 (Agency) Union Home Ministry has upgraded the security cover of former West Bengal Transport Minister Shubhendu Adhikari to Z category, a senior official in the security set up said here on Tuesday. Under the upgraded security arrangements, Mr Adhikari is likely to get either Central Reserve Police Force (CRPF) or Central Industrial Security Force (CISF) security cover which comprises around 22 security personnel, including two to eight guards at residence and two Personal Security Officers (PSOs), round the clock and an escort of one to three for all the road journey.

The security official further said that the security review of the important persons is done periodically with central intelligence and security agencies. An influential mass leader of All India Trinamool Congress, Mr Adhikari is likely to join BJP this week in presence of some senior BJP leaders in Kolkata, a source said. Ahead of West Bengal Assembly Poll in April 2021, the state has been witnessing a spree of political violence between the ruling TMC cadre and BJP workers. Following an attack on the BJP president, JP Nadda cavalcade on December 10 in Diamond Harbour area of Kolkata, the Centre has also up-scaled the security cover of BJP General Secretary and in-charge of the West Bengal Kailash Vijayvagiyas and accorded them with ‘Z’ security cover with a bulletproof car while travelling in the state. On December 10, BJP president JP Nadda cavalcade, who was accompanied by Kailash Vijayvargiya and other party leaders to Diamond Harbour constituency in Kolkata came under attack allegedly by the ruling party All India Trinamool Congress workers. Taking serious note of the incident, the MHA sought report from the State Government and the West Bengal Governor Jagdeep Dhankhar on the law and order situation in the state.

Mr Dhankar sent his report on December 11 to Home Ministry, stating that the law and order situation in the state has deteriorated, a Home Ministry official said, adding that the State Chief Secretary and DGP were also summoned to Delhi on December 14 to report Union Home Secretary over the crumbling law and order situation in West Bengal but both the top officials skipped the meeting. MHA also called three IPS officers of West Bengal for Central deputation. They are Diamond Harbour SP Bholanath Pandey, Presidency Range DIG Praveen Tripathi and South Bengal IG Rajeev Mishra who were responsible for the BJP President’s security president JP Nadda entourage came under violent attack.