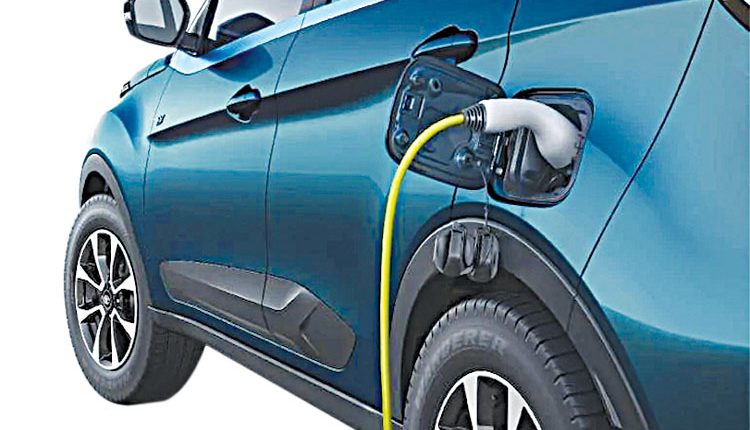 New Delhi, Feb 9 (FN Bureau) The Delhi government led by Chief Minister Arvind Kejriwal has recently initiated the ‘Switch Delhi’ campaign to push the sales of electric vehicles in the capital region. The Switch Delhi campaign takes forward the Delhi government’s announcement of Delhi EV policy offering hefty discounts on two wheelers, four wheelers and commercial vehicles over and above FAME II policy by central government. You can actually avail benefits as high as Rs 3.02 Lakh while buying four-wheelers like Tata Nexon and Tigor, highest among the country. The step has been taken mainly to incentivise the sales of EVs under the new campaign ‘Switch Delhi’. Also, the AAP government wants to make Delhi the EV Capital of India and is planning on hiring only electric vehicles for various purposes in the next six weeks.

Currently, Tata Nexon EV, Tata Tigor EV, Hyundai Kona and the MG ZS EV are the four major EVs on sale in India. As we all know, the Indian government is doing its best to promote the electric vehicles segment in the country and the reasons are very simple. The main agenda is to control air pollution and secondly, the hike in fuel prices. The state government is offering an applicable purchase incentive of Rs 1.5 lakhs together with an exemption in road tax and registration fees from Rs 1.21 lakhs up to Rs 1.5 lakhs, based on the EV and the variant, the car purchaser opt for. Explaining the ‘Switch Delhi’ campaign, CM Arvind Kejriwal said that it will help create an awareness regarding the benefits of electric vehicles and how it can contribute to making Delhi clean and pollution-free. The minister also appealed to the people to take part in the campaign to promote the replacement of polluting petrol and diesel vehicles with electric vehicles. Coming to the models, Tata Nexon is available in three variants namely XM, XZ+ and XZ+ Lux trim. The XM variant starts at Rs 13.99 lakh, while the prices of XZ+ and XZ+ Lux trim begins at Rs 14.99 lakh and Rs 15.99 lakh, respectively.

The Delhi government is also providing a discount of Rs 1.50 lakh on both XM and XZ+ variants of Tata Nexon. Rs 1,40,500 is the road tax and registration fee on the XM variant of Nexon EV, whereas the same for the XZ+ trim is Rs 1,49,900. A maximum discount of up to Rs 2.86 lakh on Tata Tigor EV is also being offered by the government. The discounted amount will be directly credited to the bank account of the customer.