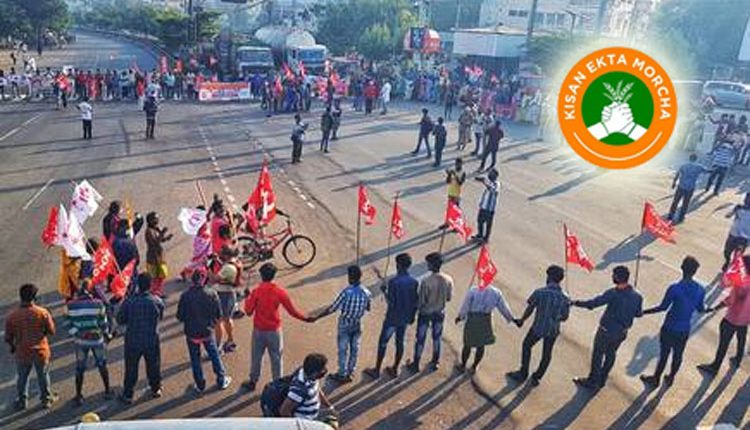 New Delhi, Mar 26 (FN Bureau) The farmers protesting against the three newly enacted agriculture reform laws, on Friday began their 12-hour nationwide protest by blocking key roads and national highways in north India. The Bandh’s call was given by Samyukta Kisan Morcha (SKM), the umbrella body of farmers’ agitation, to mark the completion of 4 months of farmers’ struggle at Delhi.

“This bandh will be observed from 6 am to 6 pm. All shops, malls, markets and institutions will remain closed under complete Bharat Bandh. All minor and big roads and trains will be blocked. All services will remain suspended except for ambulance and other essential services. The effect of Bharat Bandh will be observed inside Delhi as well,” SKM had said in a statement.

Since morning, the Ghazipur border that connects Delhi and UP has been closed due to the gathering of the protesters. “Traffic movement is closed on Ghazipur Border NH-24 (Both carriageways),” the Delhi Traffic Police said in a tweet. Apart from this, the Singhu border located on the Delhi-Haryana border is also jammed.