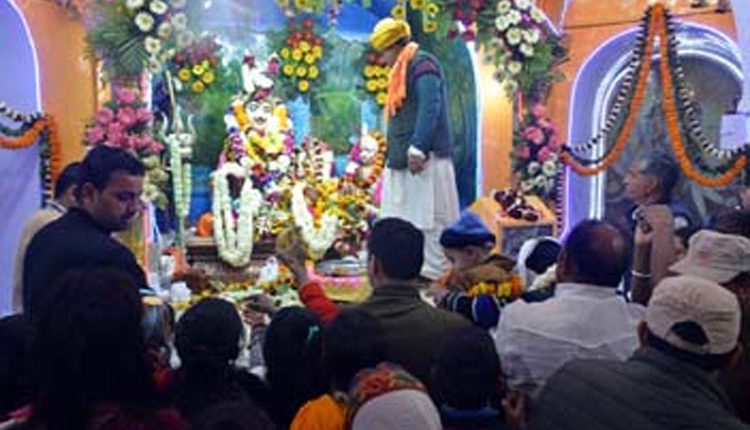 Though rush of devotees was normal during the wee hours but swelled as the day progressed. The devotees offered flowers, Bel leaves, milk, curd, etc to the ‘Shivlingam’. Famous temples here including ‘Aap Shambu’ at Roop Nagar, Peerkho, Raghunath Temple, Shiv Dham, Shiv Parvati Temple, witnessed unprecedented rush of devotees. Meanwhile, special arrangements have also been made for night long prayers in the temples. The traffic jams were also witnessed on various roads leading to famous temples. Special ‘langars’ were also organised by religious bodies at temples while security arrangements were made for smooth and incident-free celebrations. On the eve of Maha Shivratri, the devotees of Lord Shiva took out impressive Jhankis, as ‘Shiv Baraat’, and passed through the main streets of city. The Shiv Baraat was taken out after performing religious rituals and pooja in the temple premises by devotees. A large number of devotees from Jammu and outside the State accompanied the Baraat.

The devotees were also chanting the religious hymens and singing ‘Bhajans’ in praise of Lord Shiva. The participants followed COVID guidelines and attended the occasion wearing masks. Jammu and Kashmir Lieutenant Governor Manoj Sinha has extended heartiest greetings to the people on the eve of Maha Shivratri celebrated as Herath by Kashmiri Pandits. In his message of greetings, the Lt Governor observed that this festival symbolizes the values of devotion and harmony, which are the hallmarks of glorious tradition and cultural ethos of J&K. He hoped that the festival would strengthen the bonds of communal harmony, peace and amity amongst all in the society. “My greetings to all on the auspicious occasion of Mahashivratri. I pray for sustained peace and development in J&K and well-being of its people,” said the Lt Governor.