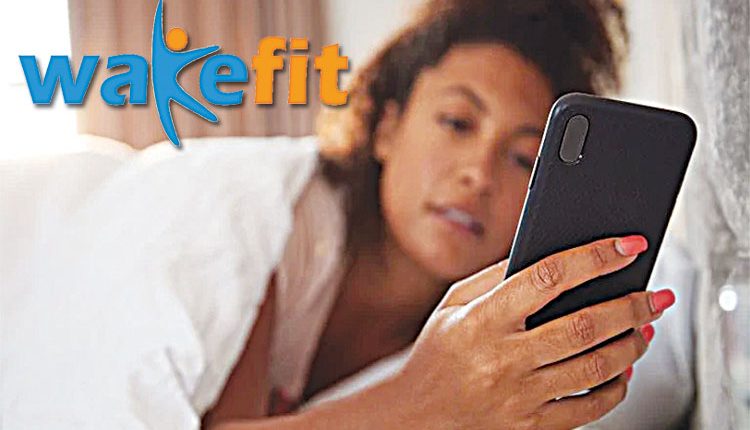 Hyderabad, Apr 6 (FN Representative) An alarming 94 percent Hyderabadis are on their mobile phones just before hitting the sack against 91 per cent in the corresponding period in previous year, said Wakefit.co, India’s largest D2C sleep and home solutions provider, in its fourth edition of its annual study ‘the Great Indian Sleep Scorecard (GISS) 2021, released recently. According to the country’s most extensive sleep study with more than one lakh responses over four years and 16000+ responses this year, the study said. As per the findings in Hyderabad, 80 respondents feel sleepy one to three days a week at work while 26 per cent said they watched movies on the laptop or smartphone late into the night and 16 per cent worked on the laptop or smartphone from their bed, it said.

Understandably, the number of people suffering from back problems is rather high at 40 per cent and 90 percent of respondents said they wake up at least once or twice at night, the study revealed. Commenting on the findings of GISS 2021, Wakefit.co Co-founder and Director Chaitanya Ramalingegowda, said, Hyderabad’s growth as an IT hub has transformed it into a city of thriving millennials burning the midnight oil, for both work as well as to get the much-needed downtime on social media and smartphones. Quality sleep clearly seems to be a challenge, with people spending excessive amounts of time with electronic gadgets at night. This has also translated into an increasing number of people complaining about feeling sleepy at work. We as a community need to address these challenges on priority before we witness long-term ramifications of irregular sleep in our lives. While some sleep-related parameters have deteriorated since 2020, this year’s GISS 2021 study also indicates the growing awareness about sleep in maintaining a healthy work-life balance.

There were three top factors that Hyderabadis felt will help them in enhancing their quality of sleep, the study said that 38 percent respondents felt a better mattress can put them to deep sleep while 32 per cent said avoiding laptop/smartphone before sleep will improve their quality of sleep and 28 percent felt adopting regular sleeping hours can help them with improved sleep. The data is reflective of people’s efforts in embracing healthy sleep habits and investing in better sleep products, the study added The Great Indian Sleep Scorecard is an ongoing survey and the 2021 edition received 16000+ responses, recorded from March 2020 to February 2021. It covers respondents in all Indian cities, across age groups, starting from 18 years. The survey has collected over one lakh responses to date for the last four years.