2021 Kia Sonet: top features to look out for 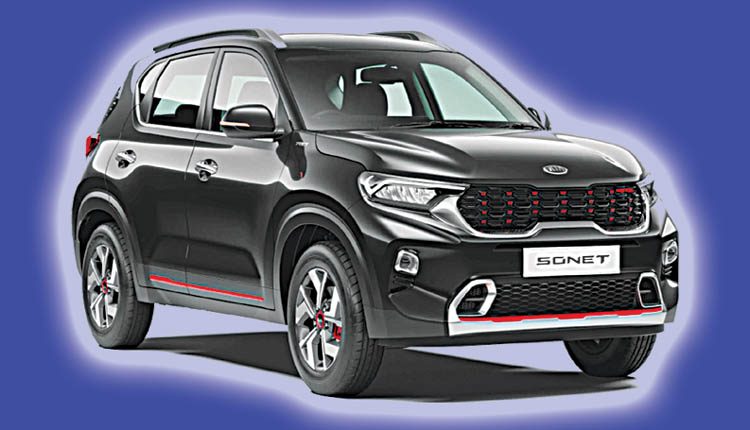 The 2021 Kia Sonet is set to launch soon. The Korean carmaker has confirmed its arrival in the first week of May. We take a look at what all will be new. As reported by us earlier, Kia has discontinued the mid-spec HTK+ petrol and diesel-automatic variants of the Sonet. While this could mean that the petrol-DCT or diesel-AT will only be available with the Sonet GTX+, as revealed by a handful of dealers we spoke to, Kia will re-introduce the mid-spec automatic variants on the 2021 model, though in the higher HTX variant.

The Sonet HTX is currently available with the 1.0-litre T-GDi turbo-petrol engine paired with an iMT gearbox and a 100hp and 240Nm, 1.5-litre diesel paired to a 6-speed manual. The new addition means that the turbo-petrol will become available with the 7-speed DCT gearbox option while the diesel SUV will be available with the stronger 115hp and 250Nm, 1.5-litre diesel paired to a 6-speed torque converter automatic. There will also be a few updates to the existing variants of the Kia Sonet in the safety department. The updated Sonet will now come with ESC, hill-start assist, vehicle stability management and brake assist as standard from the HTX variant onwards. These safety features were only available on the HTK+ petrol DCT and the fully-loaded GTX+.

Additionally the HTX automatic (petrol and diesel) variants will also pack in selectable traction and drive modes – again features currently limited to the GTX+ automatics and the now discontinued HTK+ DCT. Moving to the comfort and convenience features, a notable addition to the Sonet line-up will be the inclusion of a sunroof of the HTK+ turbo-petrol iMT trim. Other updates to the HTK+ trim will include keyless entry and go and remote engine-start on the turbo-petrol and diesel model. Aside from the safety updates, the HTX trim will also now come with the dual-tone 16-inch alloys seen on the HTX+ and GTX+ trims. Additionally, the automatic variants will also get steering-mounted paddles – the GTX+ automatics will also get paddle shifters.

Onto the fully-loaded trims, the HTX+ and GTX+ are also expected to get an updated version of Kia’s UVO Connect connected car tech. Under the hood, there will be no changes to the 2021 Sonet. As before, the Kia’s compact SUV will be available with two petrol engine options – a 1.2-litre naturally aspirated unit producing 83hp and 115Nm of torque, along with a 1.0-litre turbo-petrol engine developing 120hp and 175Nm of peak torque. The 1.2-litre can only be had with a 5-speed manual gearbox, while the 1.0-litre comes with either a 6-speed iMT or a 7-speed DCT automatic gearbox.

The diesel engine is a 1.5-litre, four-cylinder, turbocharged unit that churns out 100hp and 240Nm in combination with a 6-speed manual gearbox, or 115hp and 250Nm (up by 15hp and 10Nm) when paired to the 6-speed automatic. The Sonet will go up against the likes of the Maruti Vitara Brezza, Toyota Urban Cruiser, Hyundai Venue, Ford EcoSport, Nissan Magnite and the Renault Kiger.

Retail inflation for industrial workers rises to 5.64 pc in Mar