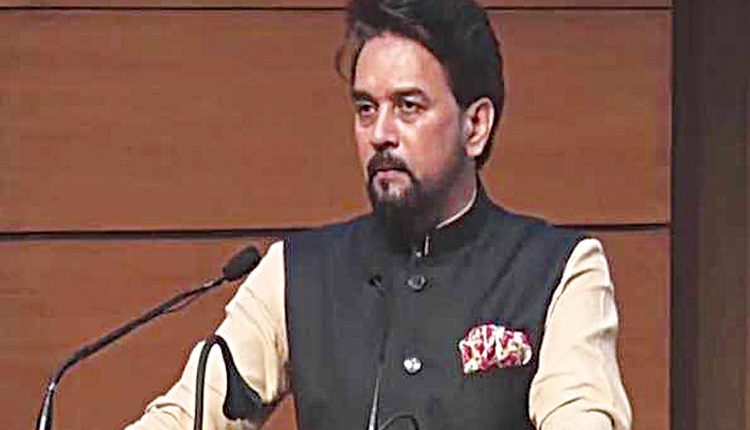 New Delhi, Aug 24 (Agency) Union Minister of Information and Broadcasting Anurag Thakur on Wednesday launched ‘Azadi Quest’, a series of online educational mobile games developed in collaboration with Zynga India, as a part of ‘Azadi Ka Amrit Mahotsav’. Also present at the occasion were Secretary, Ministry of Information and Broadcasting, Apurva Chandra, and Country Head of Zynga India, Kishore Kichli. Speaking on the occasion, Thakur said that this was another in a series of efforts by the Government to acknowledge the contribution, of our freedom fighters and unsung heroes, to the freedom struggle. “These games are an effort to tap into the huge market of online gamers and to educate them through games. Various arms of Government of India have collected information about unsung freedom fighters from the corners of the country. Azadi Quest is an effort to make this learning of this knowledge engaging and interactive,” the Minister said.

Thakur expressed confidence that people of all age groups will be hooked on to these games and they will become household favourites quickly. Thakur said in the past few years India has risen to stand among the top five countries in the gaming sector. “The gaming sector has grown by 28 per cent in 2021 alone. The number of online gamers has risen by eight percent from 2020 to 2021 and by 2023 the number of such gamers is expected to reach 45 crores,” the Minister added. He said that these apps will bolster the capabilities of India’s AVGC sector and at the same time take our glorious history to the corners of the world. The Publications Division also signed an MoU with Zynga India to develop a series of games under the ongoing Azadi Ka Amrit Mahotsav. The Azadi Quest games are available for android and iOS devices in English and Hindi for the people of India and will be available worldwide from September 2022. The online gaming company Zynga India was established in 2010 in Bengaluru and has developed some of the most popular game franchises across mobile and web.