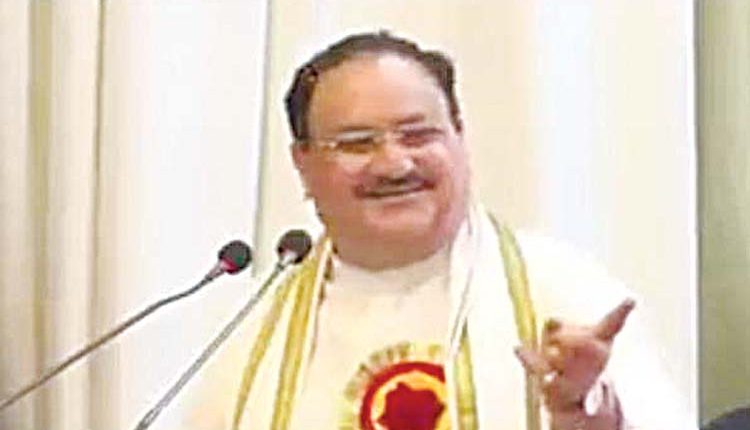 He said that he got the opportunity to work in several Universities, but the Himachal Pradesh University has its unique feature and character.Jagat Prakash Nadda said that the environment of Himachal Pradesh University was very conducive to studies. He said that other than studies, the University also offered a lot of opportunities in the field of sports, theatre, politics, etc. He said that dedication, honesty, and perseverance were the main components of achieving success. He said that for attaining success, one has to be honest in his efforts and believe in unity. He said that it becomes our duty to learn at the University and give back to society. The BJP National President urged the students to set their goals and try to identify the talent hidden in them. He said that one must utilize the talent for the larger interest of society. He said that with honest efforts no one can deprive us of attaining success. He advised the students that success can only be achieved through hard work and dedication. Chief Minister Jai Ram Thakur while addressing the event said that student days were the best days in one’s life. He said that he started his political career at Vallabh Degree College Mandi, and now he was representing his area for the fifth time. He said that the Alumni Bhawan, the foundation stone of which was laid today, must be constructed in a befitting manner so as it not only becomes a facility for the old students but also a treasure house of old memories of University days.

Jai Ram Thakur said that the University during the last 53 years has had great achievements and has been accredited as an ‘A’ grade university. This University is now committed to achieving the target of an A+ grade. He said that the biggest challenge before the University was to effectively implement National Education Policy. He said that the University was also striving hard to achieve and excel in the field of sports and other co-curricular activities. Earlier, the National BJP President Jagat Prakash Nadda and Chief Minister laid the foundation stone of the Alumni Building to be constructed at a cost of Rs 8.95 crore. They also released a Souvenir ‘Summerhill Panorama’ and ‘Alumni Web portal’ on the occasion.Vice Chancellor Himachal Pradesh University Prof. Sat Prakash Bansal while welcoming BJP National President Jagat Prakash Nadda, Chief Minister Jai Ram Thakur, and alumni to this historical event said that this was a historic decision not only for the alumni but also for the University to honor its old students who have excelled in different fields. Padma Bhushan awardee noted film actor Anupam Kher said that this small-town Shimla taught him to dream and dream big. While nostalgically remembering his college days, he said that one who can dream can achieve and the only thing required was faith in self and respect towards parents and the nation.

Union got to take up spl measures soon for marketing of organic products: Amit Shah