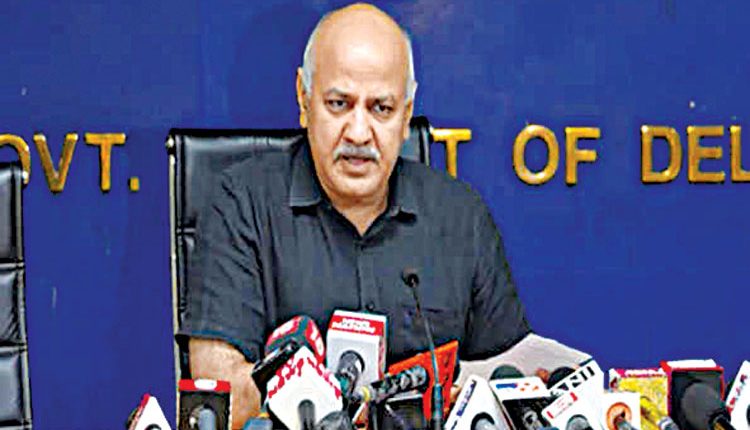 New Delhi, Aug 27 (Bureau) Delhi education minister Manish Sisodia clarified on Friday that the consent of parents would be mandatory for attending the schools and the students will not be forced to attend the classes physically. “The schools should ensure that a student would not be marked absent if the parents choose not to send their wards,” he directed. Schools in the national capital are set to reopen in a phased manner September 1 onwards, however, only for senior classes, Sisodia announced earlier today. Physical classes for students of standard 9 to 12 would resume from September 1, he added.

The minister also informed that universities, colleges and coaching institutes will also be allowed to reopen from September 1 while the decision for lower classes will be taken up soon after taking feedback. However, sources suggest that classes for 6 to 8 may resume offline after a week. The schools in Delhi will function on a hybrid system. The online classes in Delhi schools would continue along with the offline schooling option. The decision to reopen the schools in Delhi was taken in a meeting by Delhi Disaster Management Authority (DDMA) panel on Friday at noon attended by Sisodia, Delhi Health Minister Satyendar Jain, NITI Ayog member (health) VK Paul, National Centre for Disease Control (NCDC) Chief Dr SK Singh, AIIMS Director Randeep Guleria and others.
The DDMA had formed a committee earlier this month to guide upon how schools could be reopened in Delhi. The committee on Wednesday submitted a report where it recommended to reopen the schools for all classes in a phased manner. Sisodia said that school education has suffered a lot amid the pandemic while asserting that the online mode of education cannot replace the quality of education imparted to the students in a physical mode. “Experts believe that digital education cannot replace the traditional mode. Our survey indicated that about 70 per cent of people wanted schools to reopen.

The Covid-19 cases have come down and the positivity rate is just 0.1 per cent, we feel that no more delay should happen in reopening the schools. Besides, the threat of Covid-19 is least to impact the children,” he stated. “Almost everywhere schools have been reopened including 5 states where schools have been reopened from nursery till class 12 and around 12 states have opened it for students from class 6-12. This was the time to push the button,” Sisodia added. Speaking on the preparation, the education minister said that protocols of masking and social distancing will be strictly followed on the campus. He also informed that almost 98 per cent of teachers and staff in Delhi government-run schools have had at least one dose of Covid-19 vaccines. “In private schools as well, we are informed that most of the staff is vaccinated and the exercise is currently undergoing,” he added. The guidelines and rules for conducting offline classes in a Covid-19 world will be released by the Delhi government soon. “The modalities are being worked out and we will soon share the standard operating procedures (SOP) with the schools,” he added. Schools in the national capital were ordered to shut last year in March ahead of a nationwide lockdown to contain the spread of the coronavirus. While several states started partial reopening of schools in October last year, the Delhi government allowed physical classes only for Classes 9-12 in January this year, which were again suspended following the surge in COVID-19 cases during the devastating second wave.